Human beings do not survive on bread alone … but on the nourishments of liberty. For what indeed is a man without freedom … naught but a mechanism, trapped in the cogwheels of eternity. It’s hard to believe that something which is neither seen nor felt can do so much harm. A species that enslaves other beings is hardly superior — mentally or otherwise. Khaaannnn! Resistance Is Futile! It was the best of times, it was the worst of times.’ …Message, Spock?” “…None that I am conscious of — save, perhaps, for ‘Happy Birthday.‘

Madness has no purpose. Or reason. But it may have a goal. They used to say that if Man was meant to fly, he’d have wings. But he did fly. He discovered he had to. Curious, how often you humans manage to obtain that which you do not want.

Logic is the beginning of wisdom, not the end. You may find that having is not so pleasing a thing as wanting. This is not logical, but it is often true. What makes one man an exceptional leader? We see indications that it’s his negative side which makes him strong, that his evil side, controlled and disciplined, is vital to his strength. Your negative side removed from you, the power of command begins to elude you. Our species can only survive if we have obstacles to overcome. You remove those obstacles. Without them to strengthen us, we will weaken and die. Curious, how often you humans manage to obtain that which you do not want. A lie is a very poor way to say hello. When the personality of a human is involved, exact predictions are hazardous. Look at these three words written larger than all the rest, and with special pride never written before or since — tall words, proudly saying “We the people” … these words and the words that follow … must apply to everyone or they mean nothing. No, Kirk, no. You’ll not escape. From hell’s heart, I stab at thee. …For spite’s sake, I spit my last breath at thee.

Computers make excellent and efficient servants, but I have no wish to serve under them. A library serves no purpose unless someone is using it. In critical moments, men sometimes see exactly what they wish to see. Without followers, evil cannot spread. To be human is to be complex. You can’t avoid a little ugliness — from within — and from without. Without freedom of choice there is no creativity. Beam Me Up, Scotty! 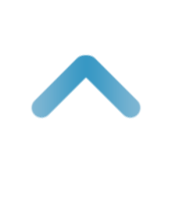